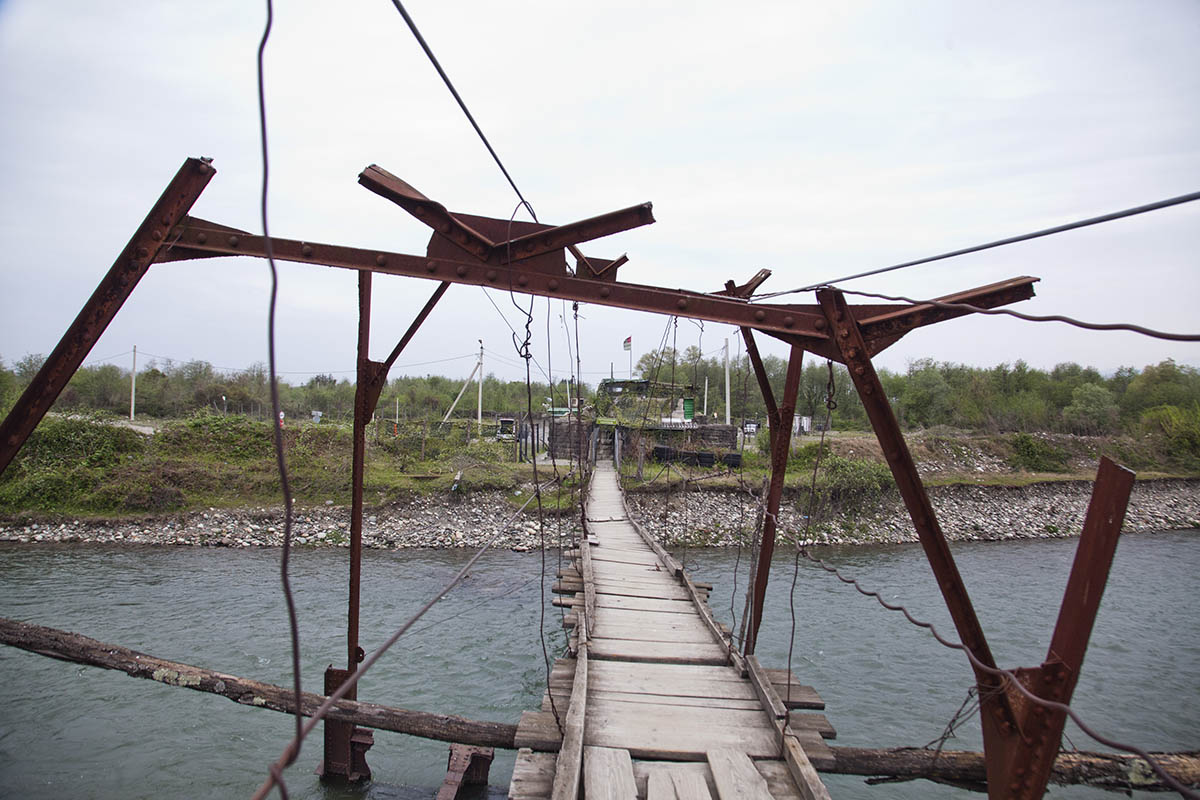 A House Divided, or Border Flow


GEORGIA. 2016. This bridge, in Napati village, was previously one of the main border crossings between Abkhazia and the rest of Georgia. It was once used for a railroad but was bombed in 1993. While it remained intact at the time of this photograph, it is no longer standing.